How to Add Wash and Dry Service to Your Laundromat

Is that enough? Do you need to further differentiate your place in the market? A wash and dry service could be just the addition you need.

When you consider that the U.S. economy is on the upswing, a wash, dry and fold service offers an added convenience more people may be willing to add to their budget. Having their laundry washed and folded will cost customers about $5-6 more than if they did it themselves. Factor in the time saved and it’s easy to see why it’s an appealing option.

Here are four questions you need to ask before deciding to add a wash and dry service:

1. What new policies do I need?

Laundromats need to have a policies in place that address:

Depending on the size of your laundromat, you may need up to three new employees to handle washing, folding and, if offered, dry cleaning. On the job training is important to ensure quality control and customer satisfaction.

3. Do I need to upgrade my equipment?

Your end product is only as good as the machinery you use to produce it. Increasing business means increasing the demand on your washers and dryers. Can they handle it. Higher-capacity washers and dryers can process loads more efficiently.

Letting the community know of your new service may call for additional advertising in local newspapers or radio. Building a strong online presence, including targeted social media and paid search engine, will allow you to reach your audience directly.

Adding a wash and dry service is an opportunity to grow your business and expand your customer base. The experience you provide will ultimately determine if they come back. 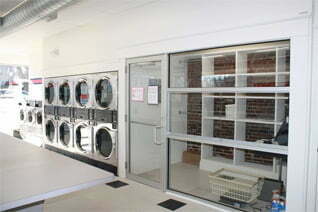 When J.R. O’Connor was ready to expand his Main Street Laundromat in Peabody, Mass., he saw it as a perfect opportunity to add a wash and dry service.

O’Connor removed nine single washers and used the space to build an enclosed area for the new business. He added staff to the previously unattended laundromat, did a competitive analysis of rates and started advertising on Yelp.

“It’s been a positive experience,” O’Connor said. “It’s adding a level of service that people bringing in their laundry will ask about.”

O’Connor added a second wash and dry service to another laundromat he owns in Lynn, Mass., Sunshine Laundry. Since there are several other laundromats nearby that also provide wash and dry, offering the best pricing and service was a priority.

“Keeping up the level of service is important,” O’Connor said. “You have to find the right people for your staff.”

At each business, O’Connor worked with Yankee Equipment Systems to help transition to a more updated point of sale (POS) system.

“We used to use carbon slips,” O’Connor said. “The new system streamlined our operation.” 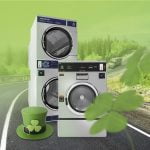 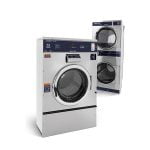 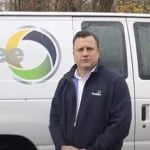 We Will Continue Together 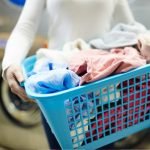 Thank You for Keeping Local Laundries Clean and Healthy 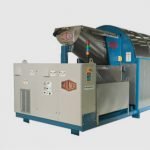 Why Do Trade Shows Make Your Business a Success? It’s As Easy As 1-2-3